In Black Hat USA 2019, Check Point researchers Roman Zaikin and Oded Vanunu have identified three attack modes in WhatsApp which can be exploited to intercept and manipulate users’ chats. Using these attack methods, attacker can also make private messages public and change sender identities. These Whatsapp Vulnerability security issues were already disclosed to WhatsApp last year. However, they remain exploitable even after one year.

“WhatsApp end-to-end encryption ensures that only you and the person you’re communicating with can read what’s sent, and nobody in between, not even WhatsApp. However, we managed to reverse-engineer WhatsApp web source code and successfully decrypted WhatsApp traffic. Reverse Engineering WhatsApp Encryption for Chat Manipulation and More.”

As per the Threatpost blog,  Researchers found that the messaging platform uses the “protobuf2” protocol for encryption. By converting this protobuf2 data to Json, researchers were able to see the actual parameters for the messages that were sent and manipulate them in order to spoof messages.

What are the Security Issues? 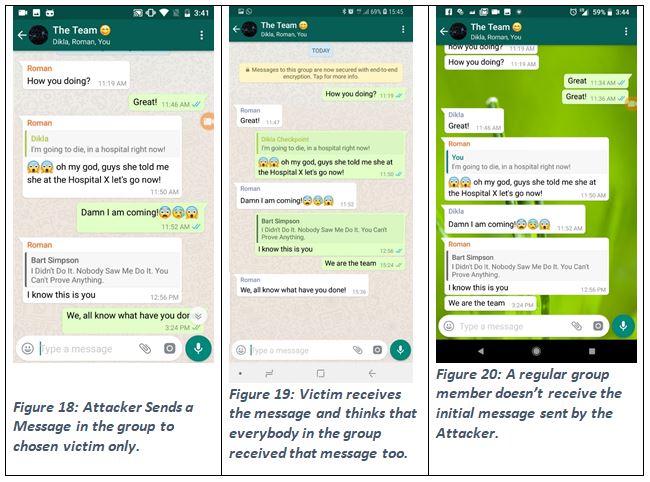 Hackers have tried to break into the World Health Organization (WHO) in previous month, sources have told Reuters, amid what a senior agency official said was a more...

Apple is planning a change to mobile its operating system that will restrict a feature that apps like WhatsApp and Facebook's Messenger use to make voice...
Translate »
×